After the Durham Quilt Show, Dave and I headed to visit family friends in Hendersonville, North Carolina for a few days of relaxation. We found a wonderful store in Asheville named Screen Door, 115 Fairview Road, screendoorasheville.com. I found some wonderful curio shadow boxes by artist Gail Lamuraglia at the Screen Door.

This place is amazing!! 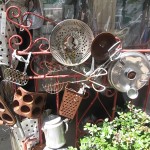 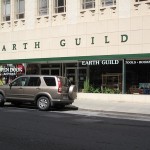 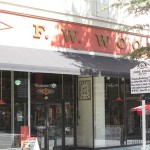 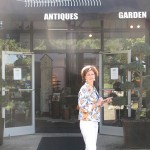 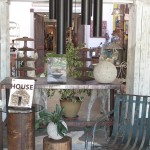 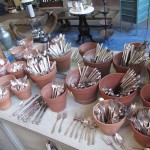 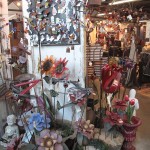 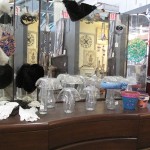 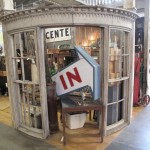 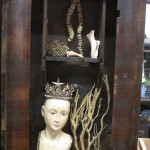 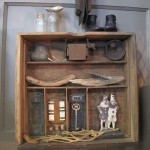 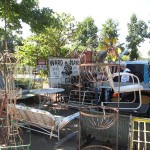 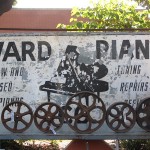 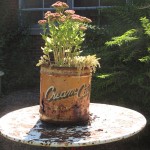 Also, downtown we found Earth Guild. I have been shopping with Earth Guild since my weaving days in high school!

Another great find was Woolworth Walk. This is a locally owned gallery in the heart of downtown (25 Haywood Street) that represents local artists. It is located in a historic building, a renovated F&W Woolworth department store: woolworthwalk.com

I hope everyone here in the U.S. enjoys their upcoming Labor Day holiday weekend!

I try to check Facebook every morning, but I have to be quick about it so I don’t get sucked in. You all know about that … right?! Well, today, I totally got sucked in.  Through Facebook, I discovered a cool textile blog written by Geri deGruy called Explorations.  Geri’s most recent post discussed a wonderful website called Open Culture, which sends out daily emails about free cultural and educational resources on the web.

Through a post on Open Culture, Geri discovered that museums such as the Metropolitan Museum of Art are now creating digital photo files of their artwork. The museums participating so far are listed in this blog post by Open Culture.

Are you still with me?  My story doesn’t end here…  One of the museums listed is the Rijksmuseum in Amsterdam. Why am I specifically interested in this collection? Indonesia, of course! The Dutch occupied Indonesia for centuries. Some of the world’s best collections of batiks were collected by the Dutch. So, I thought this museum might have a wealth of batik patterns to view. I searched on “batik” and many really cool images came up — I was so excited!  I wanted copies! I am just blown away by these photos and thrilled that I found them.  Thank you to the Rijksmuseum for these wonderful photos. I will be crusing additional museum digital sites soon!


Please approve our address so all messages arrive in your in-box. Learn more »