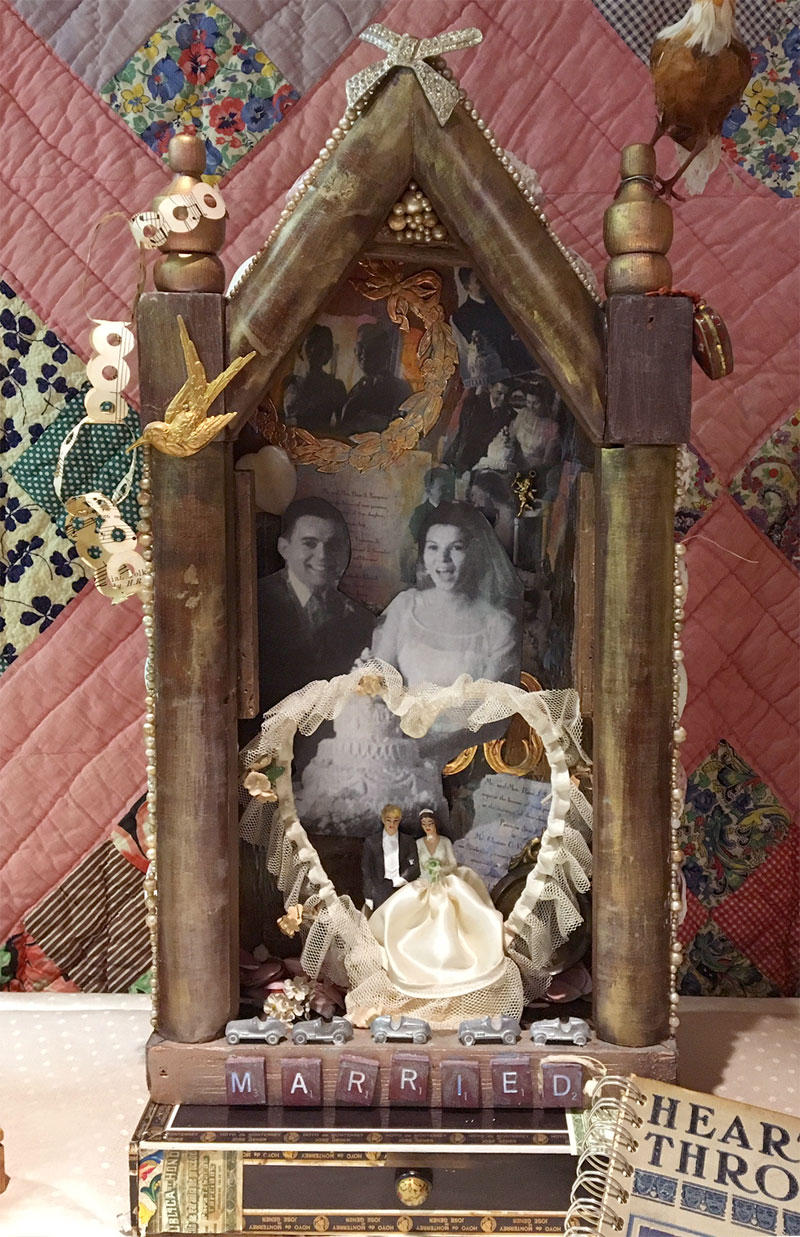 We are holding an anniversary for my parents tonight, November 23, 2019. Chet and Pat Vincentz have been married for 60 years! As pictured above, one of the treasured items decorating the room is the mixed media assemblage I created as a gift for their 50th Anniversary.

In March of this year I presented a collection of my mixed media and art quilts to JAMs (Judy’s Altered Minds) and enjoyed sharing the story of this piece, and others I have created, with the group. 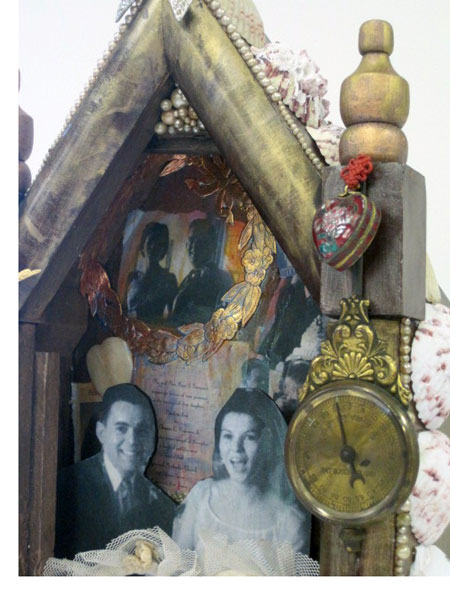 Describing and sharing photographs of this special artwork was one of my earliest blog posts and 10 years later, I want to share it again with you as I celebrate another of my parents’ milestone anniversaries!

My parents 50th Wedding Anniversary was in late November. I am very close with my parents, both geographically and emotionally. Many of you have met my Mom while vending at shows, but might not know that I worked with my father for over 20 years. 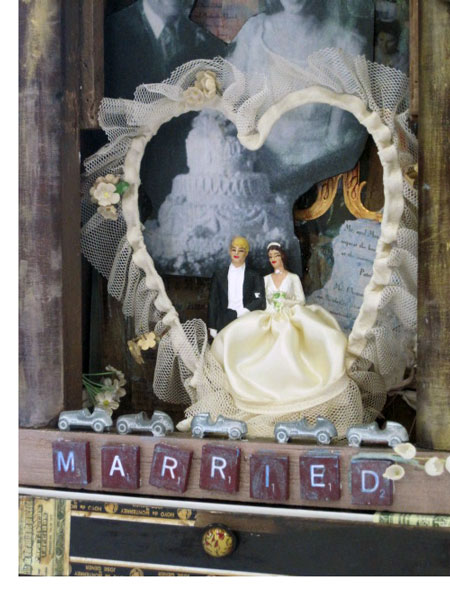 I have great love, respect and admiration that they successfully stayed married, started and grew a business while raising three kids.

And I think they still love each other!

So they deserved a special anniversary gift. I had a vision a couple of years before their anniversary and began gathering stuff, some with emotional meaning and others that worked with my vision.

We have only four photos of my parent’s reception from an old pocket camera. Copies of these photos are collaged to the back of the clock case, and one is stepped out. Some of the meaning behind the embellishments:

Later we added the drawer to hold anniversary cards, photos and documents.