The December theme for the Printed Fabric Bee was Old World Maps, which was selected by Lisa Chin. What a cool idea!

While I came up with a few visions of my Old World Map, at first I just could not get them executed.

Generally in my art I am not a planner…and for sure I don’t usually overthink things. But with Lynn Krawczyk, the author of Intentional Printing, as a member of the group, I should think about it a little, right?

When I looked at maps for inspiration and thought, the elements that kept drawing my eye and intriquing me were the lines that indicated the flow of the oceans.

And when I looked at the World Map 5 paper by Cavallini & Co. then carried in the shop, those lines again caught my attention. So, it was official. I had thought, and I was going to go with my inspiration: create fabric with the feel of the ocean current lines that are part of vintage maps.

I actually did a test on white muslin to test my idea out:

The fabric speaks to me, currents and water… You see that, right?

Then I think, what if I create the pattern on a color…maybe one that looks like really old parchment paper, as a vintage map would be printed on? 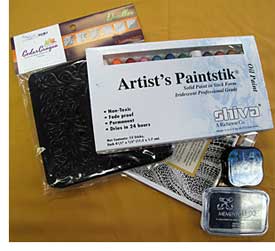 So here we go! My tools:

My first Layer is using the Geologic stamp, which I wanted to show. I turn the stamp pad upside down and apply the ink selectively over the stamp, trying not to cover it completely (below). 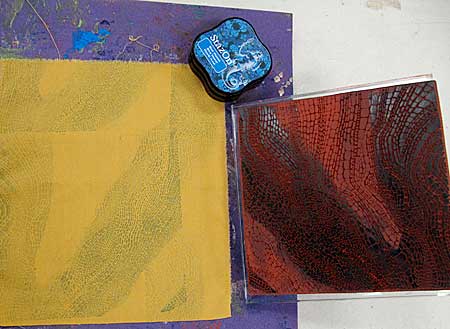 Below, I have added another layer of texture using a teal iridescent Paintstik and one of the Doodles rubbing plates. 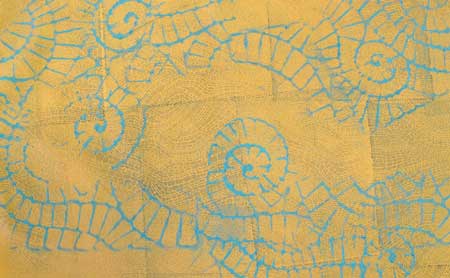 Rubbing plates are difficult to photograph; they are made of a shiny black plastic. This Doodles set has some really amazing patterns in it (below); I think you can immediately see which I used to play with the Geologic stamp. 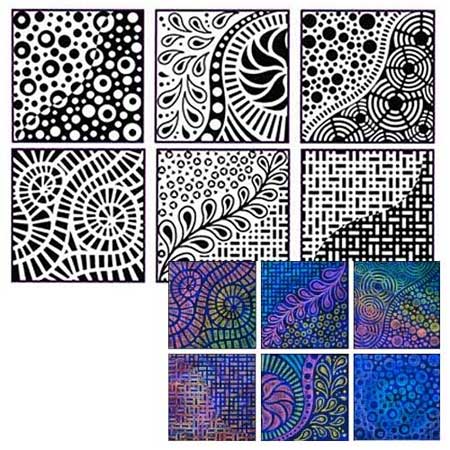 Below, I created another layer of “bubbles” using a blue iridescent Paintstik and another of the Doodles rubbing plates. 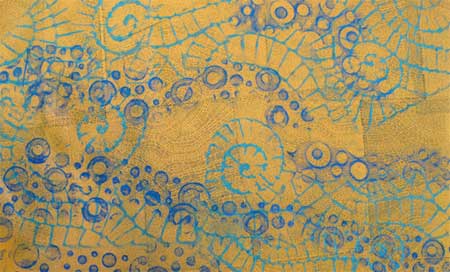 And the fabric is finished!

I hope that my finished fabric says currents, water, bubbles, movement to you! Which do you prefer, the old-gold fabric or my test white muslin?

Remember, anyone has the opportunity to win a 6" × 6" swatch collection of fabrics by leaving a comment on either the Printed Fabric Bee blog or on Lisa’s blog (you have until tomorrow, January 15, 2015 to do so).

Visit these websites to learn how each member made her fabric: 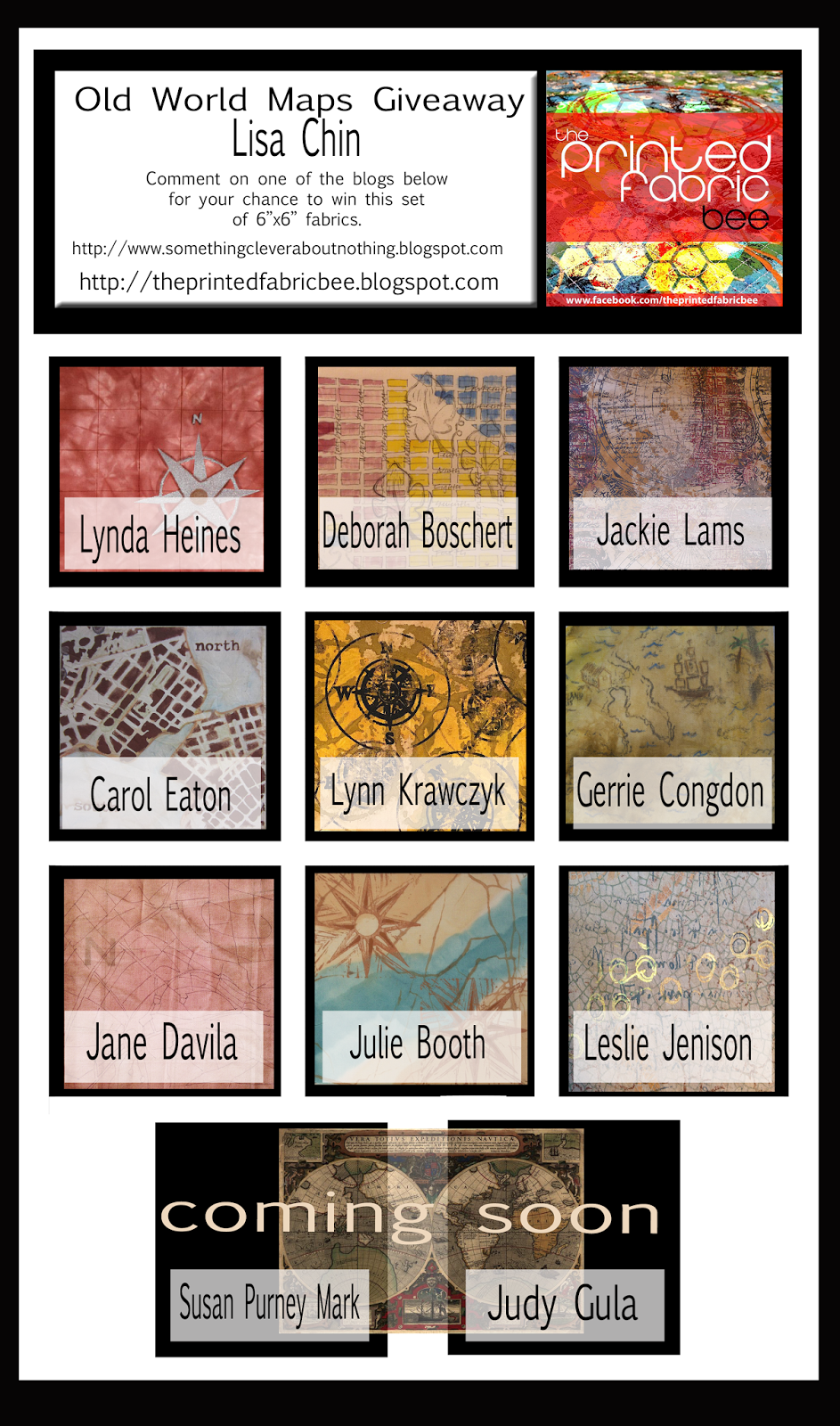